Saturday, September 5th, was International Bacon Day. I’m sure there were bacon events around the world; I did my part by heading down to Zingerman’s Deli, to buy a pound of artisinal Edwards bacon, and I got a free Edwards Bacon baseball cap, too! Predistressed. 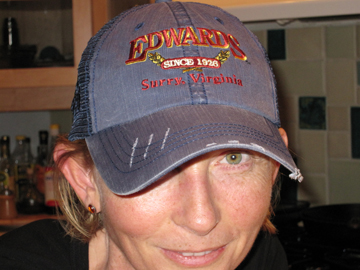 I had some pepper bacon in my fridge already, too, so its a bacon-cooking weekend. Friday night we made hamburgers and topped them with the peppered bacon. 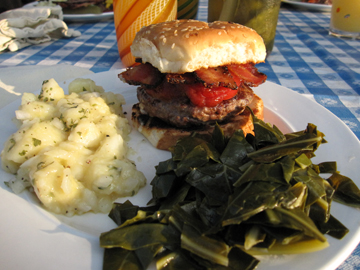 And Saturday night, we made a variation of a recipe from the book – Wittenberg Splits. With apologies to Tanya Nueske – we used the Edwards Bacon! And some Michigan-made pork bratwurst instead of all-beef franks. So we cooked the bacon a little bit, in an iron skillet, removed the bacon, then cooked the brats in the skillet (since they were not precooked like a hotdog would have been). Then we split the brats, put in slices of sharp cheddar and sour dills (homemade – one thing I really enjoy canning every year is my own dills), wrapped them in the slices of Edwards bacon and broiled for a few minutes. Was really tasty. We joked that it seemed like something Elvis would have eaten. 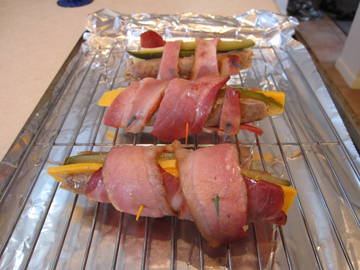 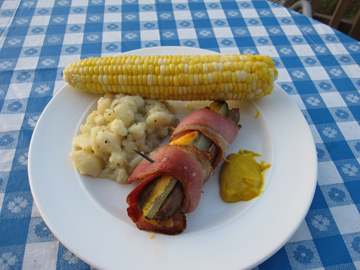