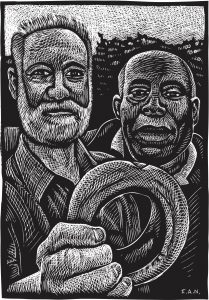 An excerpt from Zingerman’s Guide to Good Leading, Part 4: A Lapsed Anarchist’s Approach to The Power of Beliefs in Business, Secret #45.

Hope, I’ve come to realize, is at the core of anarchist thinking. Anarchists such as Emma Goldman and Peter Kropotkin instilled hope in people on the periphery, people who’d previously had little of it. Through speeches, books, and pamphlets, they gave them the belief that, with social changes, there could be a better future. Attilio Bortolotti saw Goldman speak many times. “I went to hear her,” he said, “and was flabbergasted by the way she spoke, with her energy, with the beauty of her sentences. When she spoke, with that fire in her, you forgot everything.” Another young anarchist, Sarah Taback, says that Goldman was, “a good speaker, a powerful personality. She possessed you when she spoke.” Historian Candace Falk writes that Goldman ended each speech “with a rousing articulation of a vision of hope for a better world within reach.”

Kropotkin’s style was quieter and gentler, but in his own way, he made the same hopeful impact. He was a wise soul who knew his subject inside and out and believed deeply in what he was doing. One listener remarked, “His evident sincerity and his kindness held the attention of his audience and gained its sympathy.” Anarchism itself is based on the hopeful belief that there’s a better future to be had. We just need to make some significant changes in the way we live and work to get it. As Leda Rafanelli wrote, “It is inside of us, in our thoughts; the hope that these things will materialize one day in the future.”

Part 4: A Lapsed Anarchist’s Approach to The Power of Beliefs in Business